How Canada’s oil capital can become a climate leader

Home to the head offices of Canada’s oil and gas firms, Calgary owes much to the energy industry.

Does that mean it should fear a low-carbon future?

The city of Calgary has made strong commitments to climate action: A goal of an 80 per cent reduction in greenhouse gas (GHG) emissions by 2050 using a 2005 baseline. An analysis by the Climate Smart Cities teamat the University of Leeds and the University of Calgary show that meeting this target is not only possible, but can be achieved in ways that yield substantial and broad-based economic, social and environmental benefits.

The economic case for action

Climate action is sometimes associated with massive, costly and futuristic investments. Fleets of autonomous vehicles, solar roads and mechanical “breathing” trees are just some of the ideas being put forward.

But going “low carbon” can also be achieved by a wide set of more prosaic actions that are often individually minor in their impact, but massive when considered collectively.

Upgrading to the highest efficiency lighting and appliances, installing insulation in roofs and walls and double- or triple-glazed windows could save more than one-third and one-fifth of Calgary’s domestic and commercial carbon emissions respectively, while generating economic returns for investors. Electric vehicles represent an immense opportunity to reduce carbon emissions in the transport sector, especially as the province of Alberta reduces the carbon intensity of its electricity grid. 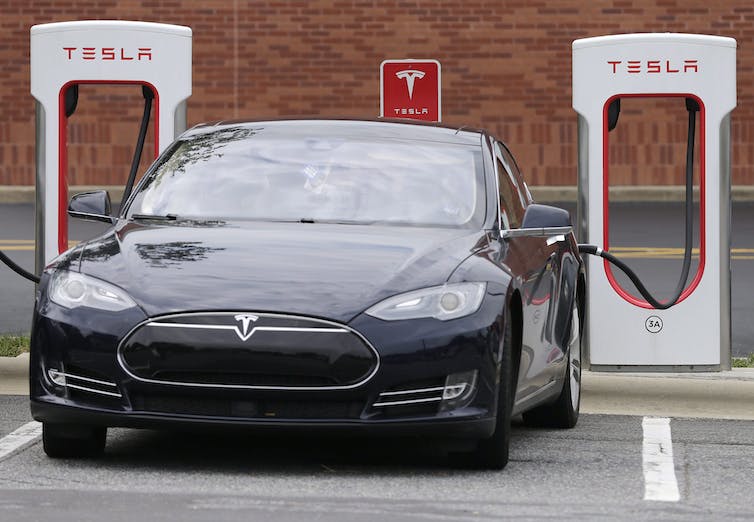 But electric vehicles are currently relatively expensive. Hybrid vehicles, on the other hand, are only marginally more costly than conventional cars. If every new car purchased in Calgary was a hybrid from 2018, and from 2025 was an electric vehicle, emissions would fall more than two thirds and savings on fuel would be worth approximately $600 annually per person.

In the industrial sector, widely employing best practices and regular maintenance in energy processes could reduce emissions seven per cent, and more than $100 million could be saved in energy bills. In the waste sector, diverting waste from landfills to facilities where garbage is burned to generate heat and electricity could reduce emissions from the sector by four-fifths at no net cost to citizens. And across the city, making sure new developments are built for density and urban connectivity could cut an additional five per cent of emissions, while reducing the Calgary’s required investment in new roads and utilities by almost $30 billion through 2050.

Citywide, actions that generate economic returns (at an eight per cent discount rate) could reduce emissions 41 per cent and generate average economic savings of $4.2 billion in energy bills each year, a savings of $1,100 per person. This suggests that total investment of $12.4 billion through 2050 would pay back in approximately three years. But with a target of reducing emissions 80 per cent by 2050, these actions alone won’t be enough for Calgary to meet its targets.

New technologies could create new ways of lowering emissions and reducing energy bills, but depending on these would put the city at risk of missing its targets. Perhaps more importantly, actions to address climate change also spur a wider set of benefits that should encourage us to do more than only those initiatives that generate economic returns.

The broader case for action

Investments in offices can improve productivity and provide savings than can reinvested in businesses.

Investments in the transportation system can improve mobility and urban air quality.

And investments in all of these sectors can create jobs and stimulate the local economy.

These benefits, rather than global climate efforts, are typically the driving forces of urban low-carbon actions.

Our research shows that impacts to the local labour market may be particularly significant.

Investment in actions that generate economic returns would create 70,000 job years of employment in Calgary — or full-time jobs for 2,000 people through 2050. On the other hand, investment in a broader set of actions that collectively break even would create more than 800,000 years of employment in the city — or full-time jobs for more than 20,000 people through 2050.

High-energy can be low-carbon

Cities like Calgary, where the energy industry is central to the economy and emissions are high, need not fear a low-carbon future. In fact, even more than other communities, cities like Calgary may be well-placed to take advantage of the opportunities that lie ahead.

A low-carbon future will require construction and engineering know-how, access to capital and finance and the experience and ambition of policymakers who know that cities can, and must, change, to be prosperous — characteristics Calgary has in abundance.

Previous research from the Climate Smart Cities team has found that cities with the fastest growth rates and highest energy use are often also the places where the greatest opportunity for low-carbon investment exists.

Across the city — from commercial buildings downtown to single-family homes outside the city’s core to the cars on the beltway — significant opportunities were identified to reduce emissions, generate energy savings and create jobs.

The best time to go low carbon is today

Shifting to a low-carbon economy will take investment, changes to the workforce, and most importantly, time — in Calgary and elsewhere. Faced with the challenge ahead, a host of other urban priorities, and uncertainty around energy prices, future technologies and federal and provincial climate and energy policies, policymakers may conclude that the best course of action is no action at all.

But to wait would mean missing out on a host of economic, social and environmental benefits, and risk shifting substantial costs to the future.

This is particularly the case in some sectors. In transportation, vehicles are typically replaced every 14 years, meaning that a purchase of a “gas-guzzler” instead of the latest Prius locks in higher emissions for somewhere between one and two decades. Buildings, on the other hand, last for 40 years or longer, and choices around land- use planning can last for hundreds. Building standards and land-use policies therefore need to be prioritized.

Our research and analysis shows Calgary can not only meet this target, but exceed it with actions that generate returns to investors, jobs for workers and large-scale benefits for society, the environment and businesses. Will Calgary’s policymakers seize the opportunity?